Bressuire, France : "An Irish flavour for our Highland Games"

Bressuire, France : "An Irish flavour for our Highland Games" For the 2022 edition of the Highland Games it was decided that Ireland would have the place of honour for two reasons.

This year marks the 25th anniversary of the twinning between Bressuire and Leixlip.

On a broader historical level, Ireland recently commemorated the centenary of the outbreak of the Civil War which took place from 1922 to 1923 and was one of the stages in the fight for independence.

In order to give the Games a distinctly Irish flavour, the twinning presented an exhibition on Ireland and invited three Irish groups to attend the Games.

The exhibition entitled " En route pour l'Irlande" was highly praised for its photos, historical presentations and videos as well as its information about the quarter of a century of twinning between Bressuire and Leixlip.

The leprechaun hats and embroidered mini-costumes created by the students of the Lycée St Joseph were also much admired.

Over the three weekends during which it was open to the public the exhibition attracted no fewer than 3,800 visitors. One room of the exhibition was devoted to dance and music and featured photos of the Irish dancers of Scoil Rince Mobhi from previous editions of the Games.

This year seven of those dancers graced
the Games with their presence and once again they charmed the public with their skill, dynamism and enthusiasm. 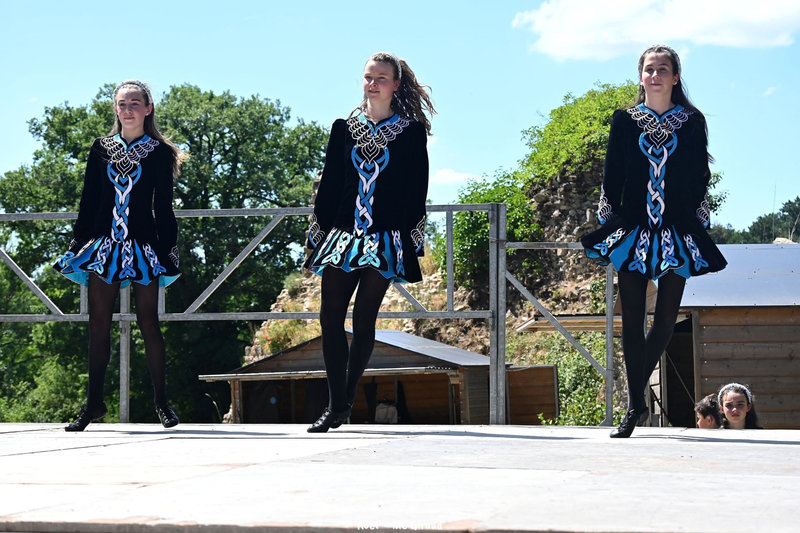 In the same room, Irish music was represented by photos of the De La Salle Scout Pipe band from
Waterford who had already participated in the 2015 and 2019 editions of the Games.

They were only too delighted to return to Bressuire this year. With 25 pipers and drummers they added significantly
to the Irishness of this year's edition. 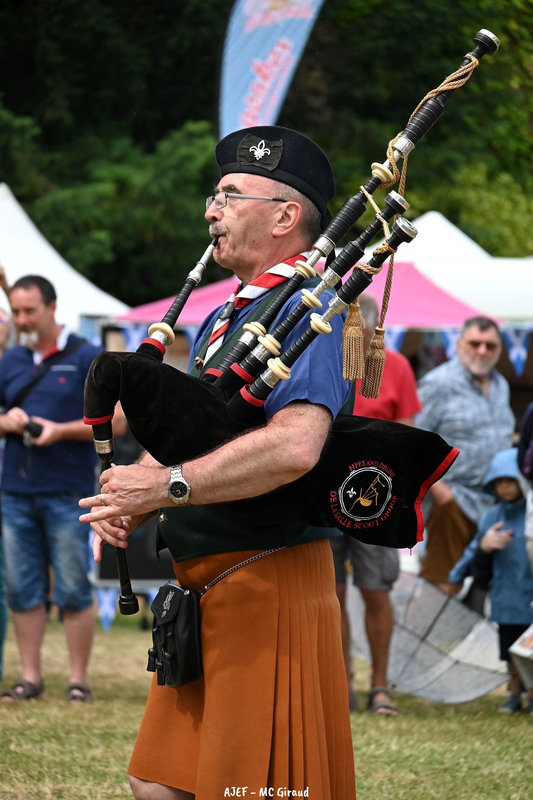 Last but not least, Bressuire welcomed Kilteel, a group of musicians from Kilteel in County Kildare not far from Leixlip. They belong to an association called Comhaltas which promotes all aspects of Celtic culture : music, song, dance and language.

To forward their cause, they organized a ceili on the Saturday evening of the Games and initiated the public into the secrets of traditional Irish dances. 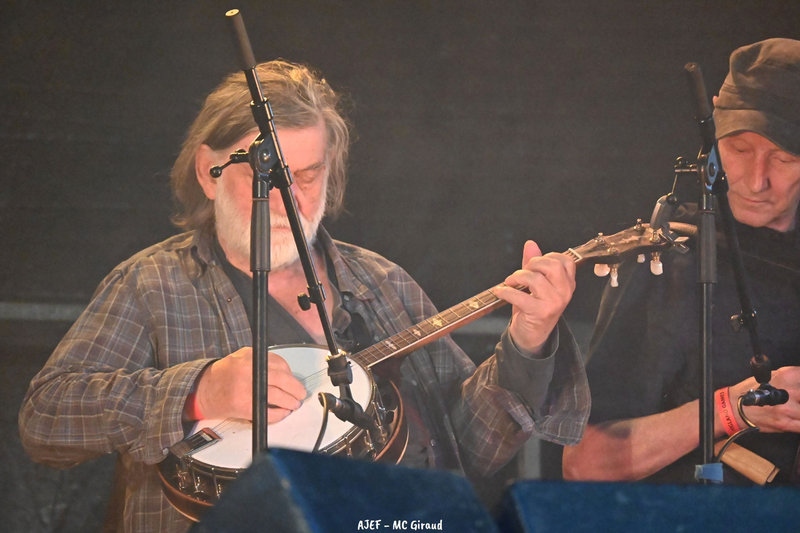 In fact, the only element missing was an Irish athlete ! Our apologies for that - we aim to do better
next time round...

All rights reserved for the photos