Bressuire : "Games like no other Games" by Francis Brebner

Bressuire : "Games like no other Games" by Francis Brebner

Bressuire International Games France celebrated its 27th anniversary of Highland Games and as normal left no stone unturned when it come to their games and in producing once again another magnificent overall event, which included all the customary elements from the heavy events, Highland dancing, mass pipebands,folk music and much more.(photo : Thierry Turc) Held within the majestic grounds of the medieval ruins of the amazing  Bressuire Castle that dates back more than 1000 years, this can only be described as one of the best locations for a Highland games to be contested anywhere with its most beautiful panoramic views all around.

It set the stage and backdrop for the 2022 French Open International Highland Games Championships, a  total of 40 top athletes from eight nations from around the World were invited to compete that  included USA, Canada, Scotland, Holland, Germany, Switzerland, Czech Republic, Austria and  Belgium which ranged from Pro class, men's & womans A group, B group, Light weight and Masters who  battled it out over two glorious days of competition. 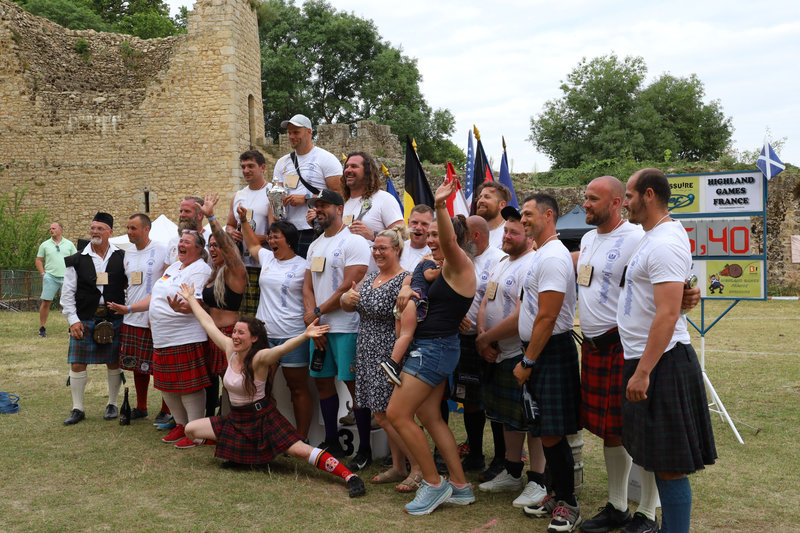 These games are like no other games I have engaged before in all my time of 35 years plus of competing and being involved in the sport and with the IHGF. The town of Bressuire itself has a great atmosphere throughout and its history and Historical buildings are captivating thought the town, its Church in the center of town is a master piece of architecture which its dates back 1000 years is just fascinating inside and out. From afar as you approach the castle Bressuire the view is just captivating and intriguing, as you walk through its entrance of the castle into its awesome surroundings within, its atmosphere gives you that felling of instantly being transported back in time which stimulates your imagination of how the castle was back in its early days.

The arena where the games are held is just perfect in size ,  on the day of competition the embankment overlooking the games field arena comes alive with 6,000 plus energetic fans, that endlessly cheer their Highland Heros on thought the entire day, the Bressuire pipe band and other magnificent Pipe bands from other regions thought  France play the pipes and drums as the Scottish dancers sway to and frow like poetry in motion. (photos Jacques Paquereau) The IHGF and the athletes wish to acknowledge all the people of Bressuire for being so welcoming and friendly, and to Jean Louis Coppet who under his leadership have grown these games and its vision along with the magnificent Bressuire Highland games committee,  Frank & Martine Pouhet ADs of the games, Sebastian Pizon, the fantastic MC Alain Cadu.

And to the Mayor and all the members of the Town Hall of Bressuire and to the many sponsors who have helped support these games. (Photo by Thierry Turc : Jean-Louis Coppet, Martine Brunerie et Franck Pouhet) I cannot personally say enough about the more than 250 plus strong volunteers who are the backbone of the games that set up run the event and who have made a huge impression on all athletes and performers' who have all been looked so well from the moment they arrive till they depart. (photos : Dominique Perrusson) Over the many years and all of the traveling and competing  internationally there were two games that left a huge impact & impression upon both myself and Ryan Vierra , and over the many years of traveling we would often reflect and talk about this and we both in agreement that Bressuire Highland games France and Wipu New Zealand was our pick of top two best games on the International circuit.

The people and both these games are truly a memorable life experience to encounter, this combination of Locations, games setting, Atmosphere, competition , friendliness and awesome hospitality has made Bressuire and Wipu the best Highland games in our opinion,  and this is truly an experience that every athlete should encounter at least once in their life time. The photo used for this painting was taken by Randy Strossan of Ironmind .

French Athlete Frédéric Dagée, who is France's shot putt champion and new to the sport of Highland games put up a great performance in his very first Highland games.

he won both stone putting events the open stone and Breamar Stone as well as putting the Cork Putt and  setting a new World Record in the prosses.

Frédéric Dagée (Photo : Alain Cadu) has a great future ahead of himself if he continues in the sport that is for sure. A special mention to this years invited Chieftain of the Bressuire Highland games, France's renown sportsman Jacques Accambray, who competed in two Olympic Games in hammer-throw, placing 9th in the finals in 1976.  Five times France's champion, Junior world holder in 1969 and a 4 times national record holder at the Hammer also.

It was a great delight to spend time with Jacques who very much enjoyed the games and now has a keen interest of being involved in promoting the sport in France along with AJEF & IHGF for the future. (Photo Marie-Paule Rouger) 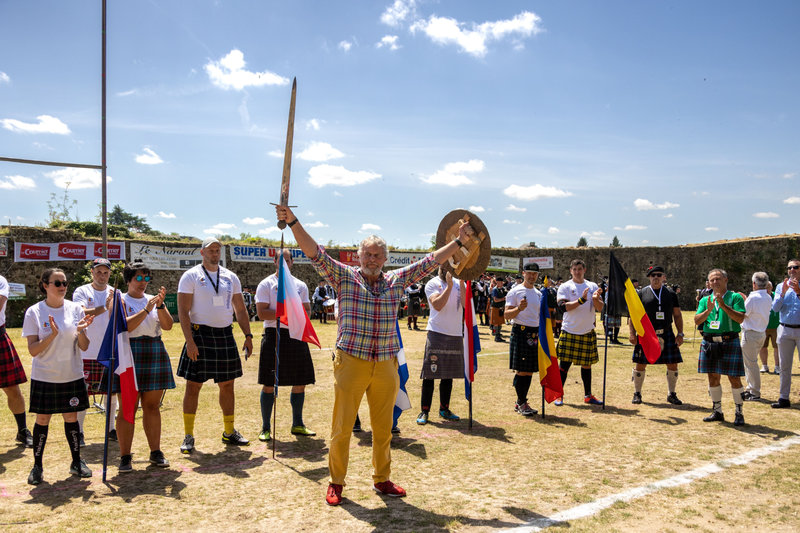 A big thank you and acknowledgment to Jean Loius Coppet whose passion, vision and dedication to Highland games over the past near three decades has grown more  awareness to the sport and in encouraging athletes over the years with the many coaching classes has now built a strong and vast  group of French competitors and has secured the future of the next ongoing generation of athletes to continue, Jean is a true ambassador for the sport, and also not forgetting the Mayor and all the members of the Town Hall of Bressuire and to the many sponsors who have helped build and support these games over the many years. For 2024 already planning for the Bressuire International Highland games is unde rway with a Major Championship, event details to be released once finalised. 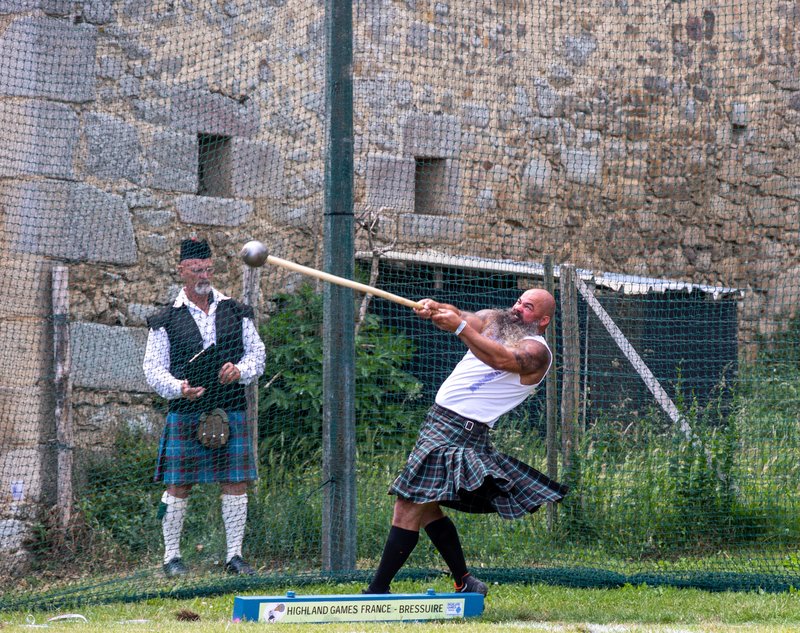 Thanks to all our photographers and, of course, to Francis!

Commentaires sur Bressuire : "Games like no other Games" by Francis Brebner