F. Brebner :" Bressuire, the number one games on the circuit"

F. Brebner :" Bressuire, the number one games on the circuit" And the blog is happy to publish what he has posted on his Facebook page...

I suppose most of the actors and spectators of these Games will appreciate it.

And I'm sure most of our English-speaking readers will also find our photographs awesome!

"In one of the premier locations for a Highland Games, the Bressuire Games are held on the grounds of a thousand-year-old walled castle surrounded by a moat, that transports you back in time, stepping into an atmosphere you could only imagine and reliving a captivating folk story (photo courtesy of Jean-Patrick JOLLY and Hughes ENOND) 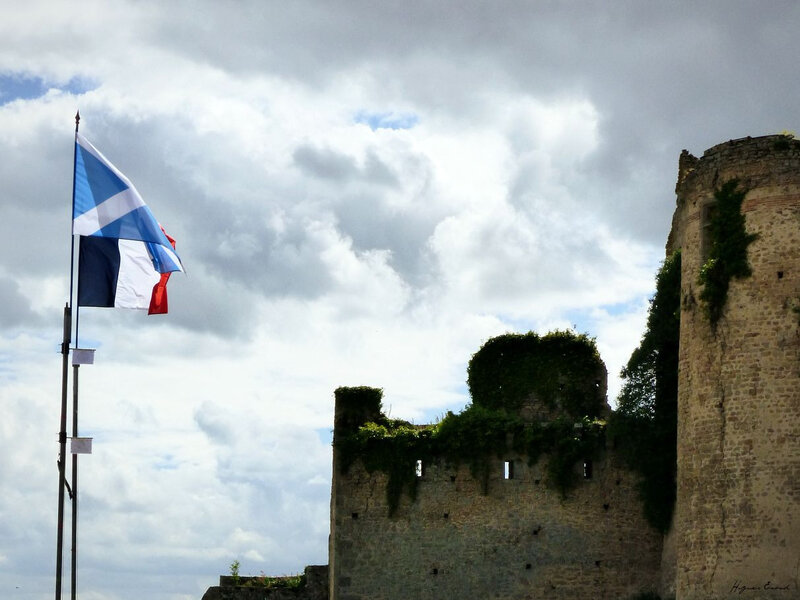 Within the last few decades, a small Highland Games exhibition of the traditional heavy events before a crowd of two thousand spectators has led to a full-blown two-day Highland Games, starting in 2003 with the IHGF Pro European Championships, which was a smash hit.

Under the leadership of Jean-Louis Coppet, these games have grown from year to year and now attract over 13,000 spectators, a record number at this year’s IHGF World Amateur Highland Games Championships.(Photo courtesy of Philippe BIDET-EMERIAU) With help of over 240 devoted and enthusiastic volunteers and a well-organized and professional Highland Games committee, the Bressuire Highland Games, in my opinion, have now become the number one games on the international circuit and one that every athlete and Highland Games enthusiast should experience at least once in their lifetime. (Photo courtesy of Régis VERGER) With no detail overlooked, athletes, pipe bands and dancers received first-class treatment from the moment they arrived until they departed. A total of 10 pipe bands from as far as Scotland competed in the very first French pipe band championships.(Photo courtesy of Bernard CADU) 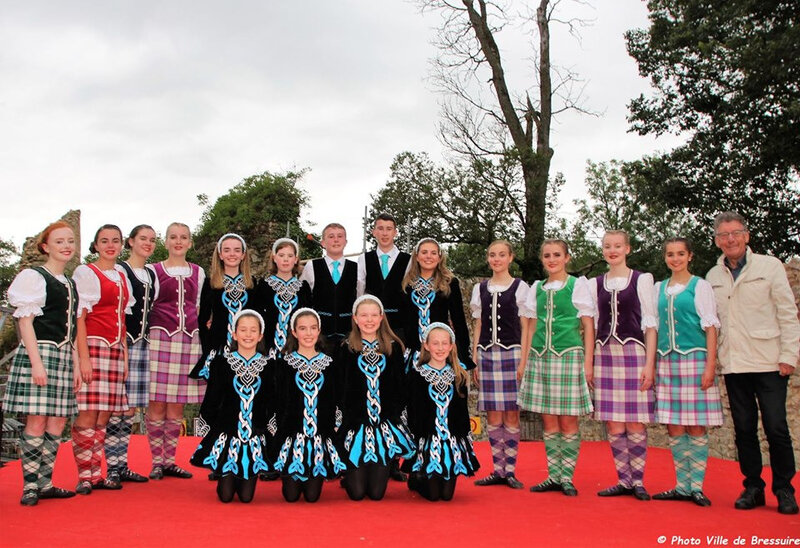 In all, this IHGF Amateur World Championships was one of the best to date, the crowds were wonderful, a total of 5 ground records were established. For Arneson it was a hard-fought battle with Nys, with Arneson crowned the new IHGF Amateur Highland Games world champion. (Photo Courtesy Henriette BORBELY) Look out for up-and-coming Masterson, who at 20 years old, has so much potential and will make a huge impact in the games, I predict.

The IHGF would like to thank co-chairmen Alain Rousselot and Jean-Claude Bordonnat, secretary Gisele Bordonnat, treasurer Pierre Giret, and Jean-Louis Coppet, member of the Executive Committee of l’AJEF (Association des Jeux Ecossais en France) and all the volunteers for their hard work in putting on these fantastic games.(Photo courtesy of Pascale LeFEVRE) We look forward to the next Bressuire Highland Games in 2021..."

Thanks, Francis! You can be sure people in Bressuire will, once more, do their best.

There is nothing like a good Highland Game in the castle. Just look at that!

And in 2021, write Bressuire on your agenda! 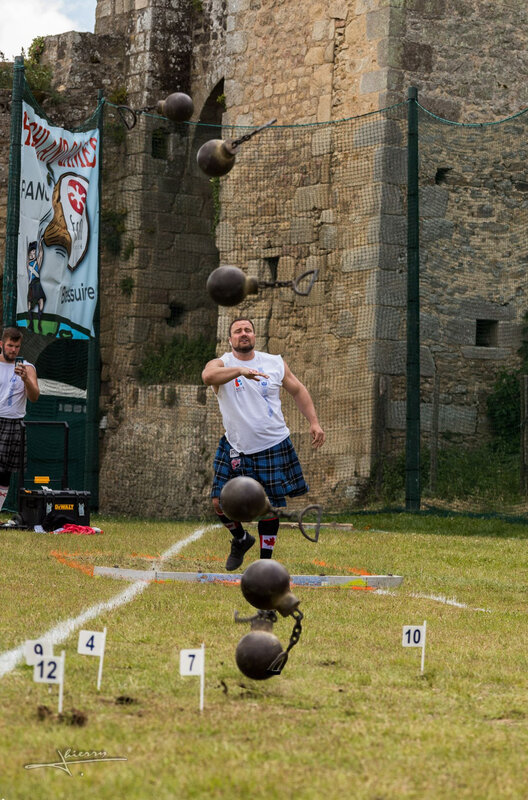 You want more? We can do it (photo courtesy of Philippe BIDET-EMERIAU) Thanks to all the photographers!

Commentaires sur F. Brebner :" Bressuire, the number one games on the circuit"