Whether they take place in Bressuire, France or anywhere else in the world! But have you ever noticed that when the hammer throwers start throwing, the pipers are no longer piping?

In fact, they are nowhere to be seen having run for cover up to the castle forecourt.

How can we explain such behaviour on the part of those whose ancestors in days of yore used to boldly lead Scottish armies into battle against their English foe, bagpiping the Scots to victory as the English fled in search of peace and quiet?

Bowling over a full pipe band

The truth is that now the tables are turned.

Our English – and American, Canadian and Australian – athletes have decided it is time to take their revenge by turning the castle grounds into a giant ten pin bowling alley. As the hammer throwers whirl round to get up to full steam, they dream of that perfect strike, that apotheosis of their sporting career.

With one single shot, will they bowl over a full pipe band and silence them forever? So, now, you know why the organizers provide a cage for the hammer throwers. It’s to protect the pipers, not the crowd!

But there might be another victim: the church tower.

The five pipe-bands for the IHGF Worlds: And we don't forget the Fraserburg RLB Pipe-Band. 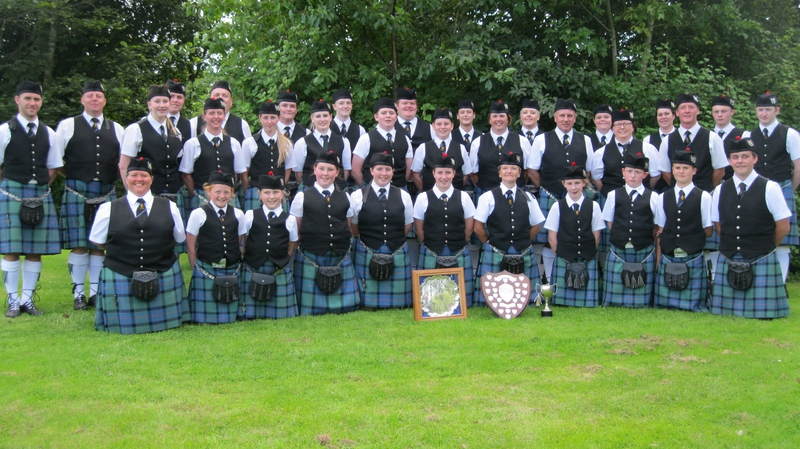 So just a warning to the pipers: